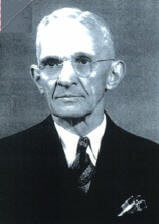 In 1911 Sevierville was a sleepy little farming community. The town was surrounded by the Great Smoky Mountains. In this setting K. Rawlings, Sr. saw a need for a funeral establishment and opened for business using the top floor of his furniture store to show caskets. The first reported funeral conducted by the K. Rawlings Funeral Home was for C. M. McMahan who died October 11, 1911.

There were two other funeral homes in the community at this time. Even with these other established funeral homes, K. Rawlings, Sr. recognized the need for a business and offered personalized and compassionate service to the families that they served.

The first location was on Main Street and was called K. Rawlings Furniture and Undertaking. The furniture store was established in 1902 with a hundred dollars of merchandise. Out of this humble beginning, a legacy of compassion and caring became synonymous with the name K. Rawlings Funeral Home.

Other members of K. Rawling's family who went into partnership with him were his father, Milton Rush Rawlings, and a brother Edgar L. Rawlings. M. R. Rawlings retired in 1928 and died on July 16, 1937.

Edgar tended the horses that were used to pull the hearses until the first motorized hearse was purchased in the early 1920's. Edgar withdrew his partnership in the business in 1923 to pursue other interests.

Fred Rawlings, brother of K. Rawlings, Sr. became a partner in the business in either 1919 or 1920 following WWI. In 1929, the first licensed embalmer in Sevier County; W. R. Miller came to work full time for the funeral home. As the business flourished there became a need for more dedicated people to provide the service that the funeral home had become known. In 1929, another brother Lynn Rawlings, became a partner.

In 1935, the brothers bought the Davis Hotel. The hotel was built in the 1920's with 22 rooms and four bathrooms. During 1935 and 1936 the building was renovated to accommodate the funeral home.

In 1955, the business bought an adjoining lot that had a garage on it. After tearing down the garage, a new chapel was built. No expenses were spared in the building of the chapel. Beautiful wood paneling was installed on the upper part of the walls and was accented with knotty pine on the lower part. Stained glass windows were installed. Church type pews were used instead of the traditional folding chairs, giving the chapel a church like appearance.

K. Rawlings, Sr. remained active in the business until his death on May 8, 1966 at the age of 86. Mr. Rawlings had been very active in community service. He had served four years as chairman of the Board of Education and was a member of the Board of Alderman of Sevierville.

Following the acquisition of the business, the Loewen Group brought in Gary Hicks as general manager. At this time remodeling was done with new carpet and painting of the chapel ceiling. The exterior, which was red brick, was painted gray. An open house was held to show the community the new look of the funeral home. The theme of the open house was "A New Look for an Old Friend".

Gary Hicks remained as manager, with Jack Parton assisting him until 1997. In 1992 or 1993, Georgia Parton, wife of Jack Parton, joined the staff as secretary. Kenny Rawlings, Jr. remained active in the business until his death in December of 2005. Kenny helped tremendously in the business with his expertise and knowledge of the business and community.

With the dedication of the staff and the continual support of the community, Rawlings Funeral Home should be prepared to enter the 21st century. The funeral service business is becoming more competitive with the passing of each year, however we feel that our staff is dedicated to offering the families the caring and compassionate service that they have come to expect since 1911.

In order to make an informed decision when you pre-arrange a funeral, you need to have answers to the following six questions:

Here are some commonly "misguided" thoughts about funeral pre-arrangements:

The staff at Rawlings Funeral Home welcomes any questions you have. We want to be your source of information that will make your decisions as informed, intelligent, rational, and caring as possible.

What To Do When Death Occurs

The following checklist is designed to help you file for your Social Security benefits correctly so that prompt payments may be made.

The deceased worker must have credit for work covered by Social Security, ranging from 1 1/2 to 10 years depending on his or her age at death.

WHO MAY RECEIVE MONTHLY BENEFITS

VA will pay a burial allowance up to $2,000 if the veteran's death is service connected. VA also will pay the cost of transporting the remains of a service-disabled veteran to the national cemetery nearest the home of a deceased that has available gravesites. In such cases, the person who bore the veteran's burial expenses may claim reimbursement from VA. VA will pay a $300 burial and funeral expense allowance for veterans who, at time of death, were entitled to receive pension or compensation or would have been entitled to compensation but for receipt of military retirement pay. Eligibility also is established when death occurs in a VA facility or a nursing home with which VA contracted. Additional costs of transportation of the remains may be reimbursed. There is no time limit for filing reimbursement claims of service-connected deaths. In other deaths, claims must be filed within two years after permanent burial or cremation.

If the veteran is buried without charge for the cost of a plot or interment in a state-owned cemetery reserved solely for veteran burials, the $300 plot allowance may be paid to the state. Burial expenses paid by the deceased's employer or a state agency will not be reimbursed.

VA provides an American flag to drape the casket of a veteran and to a person entitled to retired military pay. After the funeral service, the flag may be given to the next of kin or a close associate. VA also will issue a flag on behalf of a service member who was missing in action and later presumed dead. Flags are issued at VA regional offices, national cemeteries, and post offices.

Veterans and armed forces members who die on active duty are eligible for burial in one of VA's 114 national cemeteries. An eligible veteran must have been discharged or separated from active duty under honorable or general conditions and have completed the required period of service. Persons entitled to retired pay as a result of 20 years creditable service with a reserve component are eligible. A U.S. citizen who served in the armed forces of a government allied with the United States in a war also may be eligible.

Gravesites in national cemeteries cannot be reserved. Funeral directors or others making burial arrangements must apply at the time of death. Reservations made under previous programs are honored. The National Cemetery System normally does not conduct burials on weekends. A weekend caller, however, will be directed to on eof three strategically located VA cemetery offices that remain open during weekends to schedule burials at the cemetery of the caller's choice during the following week.

VA provides headstones and markers for the unmarked graves of veterans anywhere in the world and for eligible dependents of veterans buried in national, state veteran or military cemeteries.

When burial is in a national, state veteran or military cemetery, the headstone marker is ordered through the cemetery, inscription, shipping and placement can be obtained from the cemetery.

When burial occurs in a cemetery other than a national, military post or state veterans cemetery, the headstone marker must be applied for from VA. It is shipped at government expense. VA, however, does not pay the cost of placing the headstone or marker on the grave. To apply, you must complete VA form 40-1330 and forward it to Director, Office of Memorial Programs (403A), National Cemetery System, Department of Veterans Affairs, Washington, DC 20420. Forms and assistance are available at VA application you may call the Director, Office of Memorial Programs at 1-800-697-6947.

Headstones or Markers for Memorial Plots

To memorialize an eligible veteran whose remains are not available for burial, VA will provide a plot and headstone or marker in a national cemetery. The headstone or marker is the same as that used to identify a grave except that the mandatory phrase "In Memory of" precedes the authorized inscription. The headstone or marker is available to memorialize eligible veterans or deceased active-duty members whose remains were not recovered or identified, were buried at sea, donated to science, or cremated and scattered. The memorial marker may be provided for placement in a cemetery other than a national cemetery. In such a case, VA supplies the marker and pays the cost of shipping, but does not pay for the plot or the placement of the marker. Only a relative recognized as the next of kin may apply for the benefit.

The Presidential Memorial Certificate is a parchment certificate with a calligraphic inscription expressing the nation's recognition of the veteran's service. The veteran's name is inscribed and the certificate bears the signature of the President. Certificates are issued in the name of honorably discharged, deceased veterans. Eligible recipients include next of kin, other relatives and friends. The award of a certificate to one eligible recipient does not preclude certificates to other eligible recipients. The veteran may have died at any time in the past. The local VA regional office generally originates the application for a Presidential Memorial Certificate. The next of kin also may request a certificate. Requests should be accompanied by a copy of a document such as a discharge to establish honorable service. VA regional offices can assist in applying for certificates.

A year of daily grief support

Our support in your time of need does not end after the funeral services.  Enter your email below to receive a grief support message from us each day for a year.  You can unsubscribe at any time.